From the collection of Jeannine!

All dolls have secret lives as we all know. Here’s a peek into one of them!

Little Francie had plans, big time plans, and though she loved her Auntie Julia, they didn’t include following her advice and becoming a nurse. She also knew she wasn’t interested in being a wife and mother like Auntie’s best friend Christie. Francie knew that Christie wasn’t as happy as she pretended to be. Her husband Brad turned out to be a real player and the fights heard late at night on their street were epic, often ending with Christie moving in “temporarily” with Auntie Julia, little Carla in tow, yet again. No, Francie had a different path in mind. She also had a brilliant idea in her pretty little head to get the ball rolling!

You ever wonder how I know other people’s private business in this town? Well, Francie hangs out here at the spa after school and tells me everything, whether I want to hear it or not, because she’s a chatterbox. She sits here for hours poring over the hair and fashion magazines I keep for customers in the waiting room and doesn’t stop talking! She also doesn’t shy away from clipping out the pictures from the spa’s magazines for her scrapbooks, or mimicking all the expressions and poses for my very tolerant clientage and staff! Among many, and I mean many topics she’s shared with all of us, is her destiny of having a career in modeling. She’s said more than once she’s going to be a famous teen fashion model, and just wait, one day it will be her on all these covers!

Well unbeknownst to me, Francie had an idea to kick-start her teenage modeling career and  The Pink Bubbles Doll Spa was going to be a part of them! One Saturday morning, Francie came in and commented on how slow things were at the spa lately and how I needed to bring in more business. “Wouldn’t it be a great idea to have something spectacular happen that would really cause a sensation for Pink Bubbles?” said Francie. “Sure, that would be great, but what could possibly happen?” I answered. She smiled at me and said “How about a huge glamour shot of an up and coming young model to hang right here in the front window! Wouldn’t that be just the most? It would get people talking for sure!”  “Yeah, that would definitely be the most Francie!” I answered back using my new teenage lingo. “Any idea of who I could get to model for it?” Of course I was already on to her. “Oh I don’t know, but this exciting new personality would obviously need a fabulous make-over from the spa to pull it off you know.” she said excitedly. “I mean think of the publicity you would get for discovering me, uh, I mean her!”  “O.K., I get it Francie, you’ll be the new “It” girl, but don’t forget the Pink Bubble when you make it big!” I told her. Well it was a slow day, so what the heck!

Anyway, with a little Pink Bubble’s Doll Spa magic, Francie was camera ready for her close-up! Francie had always been a cute kid, but I was even surprised of how great she looked when I finished! She did look like a teen model! Francie loved her hair, lipstick and fab new lashes! She hopped out of my chair and rushed off to Sears to get her picture taken. Well, as luck would have it, Francie’s portrait was so beautiful, Sears ended up using it in the local papers to advertise their portrait studio!  Francie proudly showed us all the clipping. It’s on the first page of her new scrapbook, you know, the one she’s keeping to chronicle her “rise to the top!” I have a feeling this girl is really going to make it after all! And yes folks, I do have that beautiful framed portrait of Francie in the spas front window!

Keep an eye out at the newsstands for the newest teenage fashion model! Discovered right here at the The Pink Bubbles Doll Spa!

Jeannine’s Francie enjoyed our patented Pink Bubbles beauty bath! She received a partial re-root on the sides and back of her head. Her new hair plugs were color matched to her original hair color. Her hair was then cut, washed & set. She also received new rooted eyelashes. To finish her new look, fresh lip paint was added.

Thanks Jeannine and Francie for visiting The Pink Bubble’s Doll Spa! 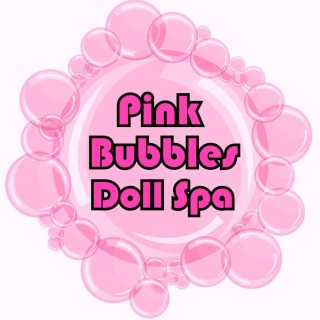